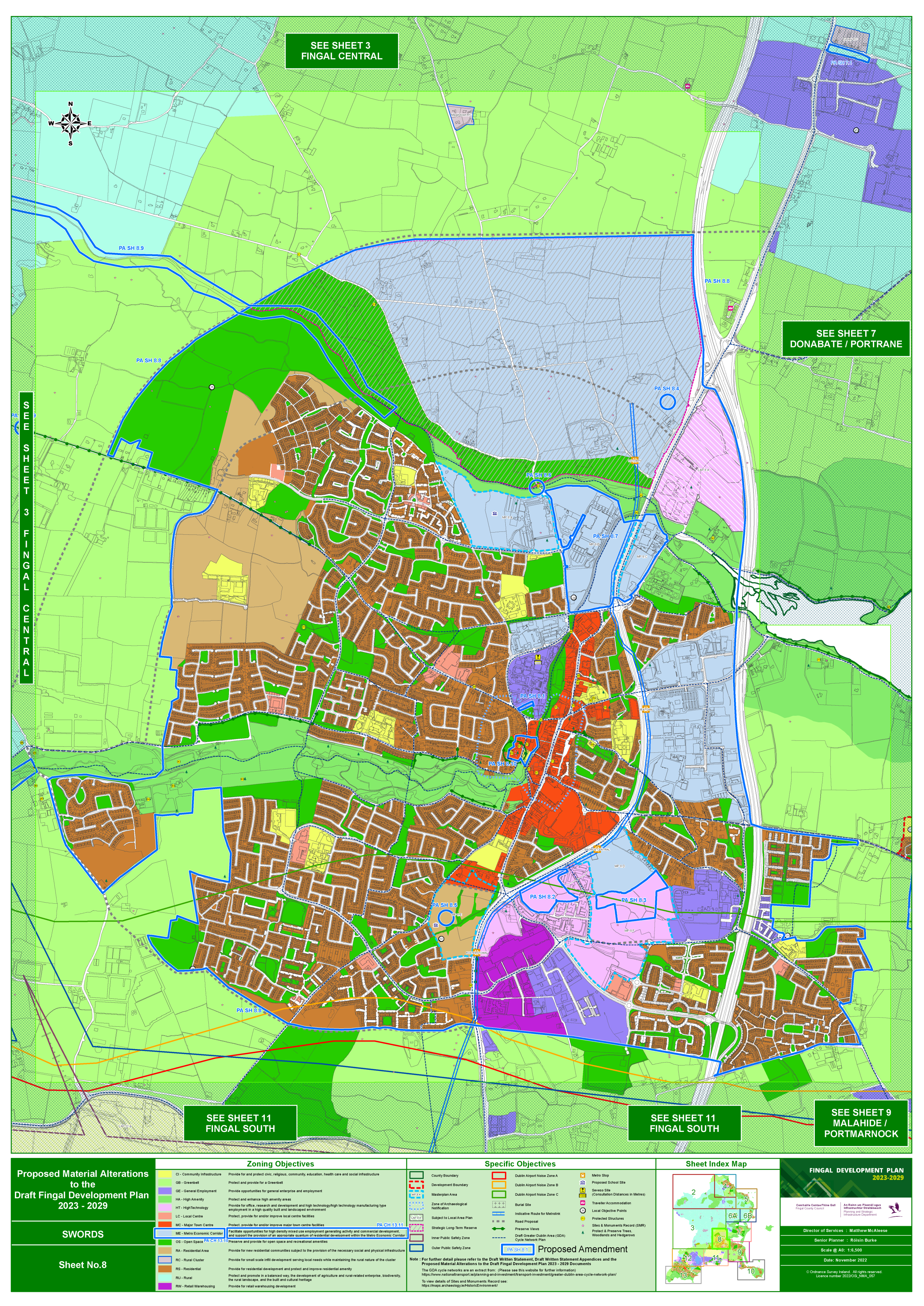 Amend zoning from HT-High Technology to MRE-Metro and Rail Economic Corridor at lands directly to the east of Pinnock Hill Roundabout, Swords.

Amend zoning from HT-High Technology to MRE-Metro and Rail Economic Corridor at lands west of the Drynam Court residential area, east of Lakeshore Drive at Crowcastle and north of the Holywell residential area in Swords.

Include a new map-based local objective for lands at Lissenhall, Swords as follows:

Support and facilitate a Park and Ride Facility.

Include a new map-based local objective for lands at Fosterstown as follows:

Provide for well-designed housing at a density of 110-115 dwellings per hectare, which is in keeping with the masterplan and the enhancement of the character of the Key Town of Swords.

Include a new map-based local objective for lands at Swords Celtic and Balheary playing fields as follows:

Provide for a safe crossing point (bridge) for pedestrians, joggers, cyclists, and Swords Celtic members (mostly children) and school children, along the western side of the existing Balheary Bridge, allowing active travel access to the Swords Celtic / Balheary playing fields at this location.

Remove boundary for Estuary Masterplans associated with changes to Table 2.18.