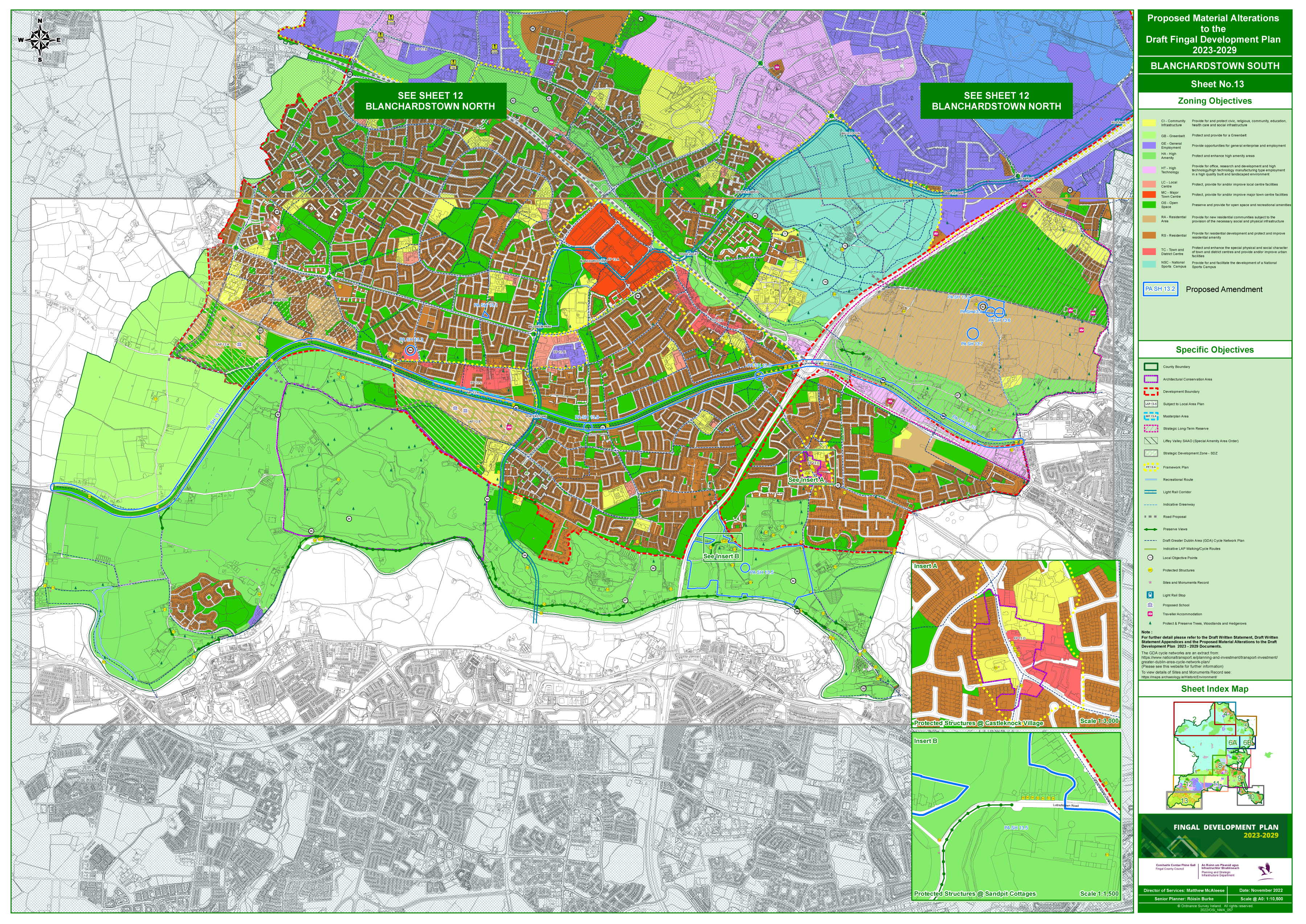 Amend text of map-based Local Objective No. 84 as follows:

Housing built on this site in the historic core location will be of a height and density appropriate to a village setting and in keeping with existing housing in the core Clonsilla Village area”.

Protect the integrity and established historic use of Dunsink Observatory and its role in as a centre of astronomical research by ensuring development within its vicinity does not contribute to/or increase levels of light pollution that would impact the operation of the observatory.

Include a new map-based Local Objective as follows:

Undertake a Framework Plan for lands at Knockmaroon House and Estate to include all historic properties and bridges.

Include two new map-based Local Objectives at lands at Dunsink Observatory as follows:

Future development on lands within a radius of 250m of the Observatory House shall demonstrate conformity with best lighting practices in minimising the impacts of these factors, as described by the International Dark Sky Association and their standards. A light intensity Zone Designation of E1: Intrinsically Dark would be implemented in accordance with Objective DMSO246 Hierarchy of Light Intensities.

Future development on lands within a radius of 500m of the Observatory House shall demonstrate conformity with best lighting practices in Fingal County Council and our standards. A light intensity Zone Designation of E2: Low District Brightness would be implemented in accordance with Objective DMSO246 – Hierarchy of Light Intensities.

Include a new map-based Local Objective at Dunsink as follows:

The Council will have due regard to the FCC document ‘Feasibility Study – Dunsink Lands, Co. Dublin’ (February 2022) and its accompanying statements (comprising Surface Water Management Plan, Transport Appraisal and Area Based Transport Assessment) in the preparation of a local statutory plan for lands at Dunsink in order to ensure the realisation of the development vision for Dunsink set out on p.26 of the Feasibility Study as follows: “Development of a low-carbon mixed-use transit-orientated urban quarter which prioritises active travel and public transport modes both within and outside, is well connected to the wider City via high quality public transport and active travel infrastructure and seeks to protect and enhance the environmental and historic character of the area.”

Include a new map-based Local Objective at Granard Bridge, Castleknock as follows:

Ensure pedestrian and cycle connectivity across the Canal and rail line in the vicinity of Granard Bridge, Castleknock.

'Prohibit any road bridge at this location'.

Include a local specific objective to show an ecological corridor free of new housing development with a buffer consisting of a minimum width of 30 metres from the top of each bank of the Canal.