Table 9.1 Archaeological Sites and Monuments within the LAP boundary:

The following objectives will be applied in assessing any development proposals at the Airport.

Ensure archaeological remains within the LAP area are identified and fully considered at the very earliest stages of the development process and that schemes are designed to avoid impacting on the archaeological heritage. 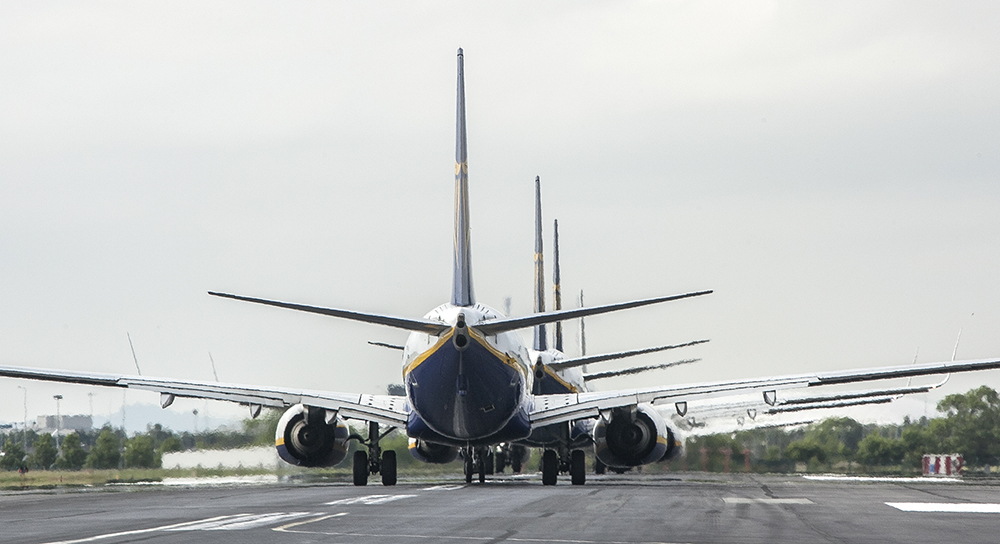 The Airport lands contain a number of Protected Structures listed on Fingal County Council’s Record of Protected Structures as shown on Figure 9.2 and listed in Table 9.2. Three of the structures (1937 Terminal Building, Castlemoate House and the Church of Our Lady Queen of Heaven) are in the ownership of daa and are located within the current airport campus. The Old Central Terminal Building is one of the most important Modern Movement buildings in Ireland and particular care should be given to any changes, additions, or interventions to this structure or its setting.

There are also a number of other Protected Structures in the areas surrounding the boundary of the LAP and these are shown on Figure 9.2.

The following objectives will be applied in assessing any development proposals at the Airport.

Have particular regard to the conservation and protection of the 1937 Old Central Terminal Building and its setting.

Ensure as far as is consistent with the development of necessary airport facilities, the conservation of the architectural heritage within the LAP area and in the areas immediately adjoining the plan area.

Seek the reuse and retention of the Protected Structures within the LAP lands. 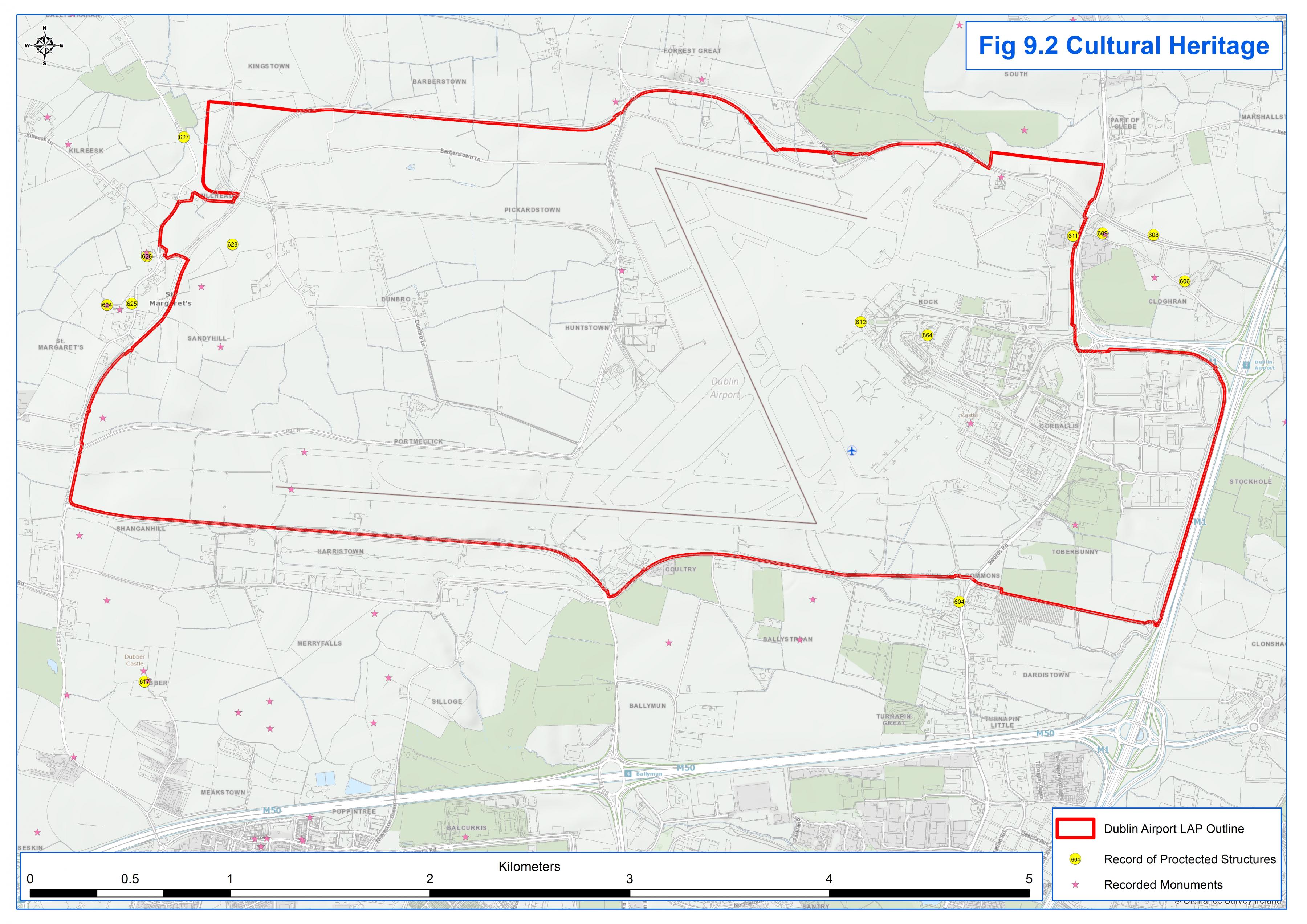 Current and future developments permitted during the life span of this LAP provide for the potential expansion of the Airport over the coming years. This poses challenges in terms of landscape and biodiversity. From a landscape perspective, the challenge is to ensure that a high quality landscape is developed within the LAP boundary as the LAP is implemented and to ensure that the amenity value of remaining resources is maximised and a positive contribution is made to the enhancement of the wider landscape. From a biodiversity perspective, the challenge is to ensure that biodiversity is conserved and enhanced in so far as is consistent with the safe and efficient operation of the Airport, by ensuring that land-take is minimised, that impacts on habitats and species are mitigated against to ensure that there is no net loss of biodiversity. Development of the area covered by the LAP must also ensure that there is no resulting deterioration of downstream watercourses or associated wetland habitats, including designated sites, from increased and/or polluted runoff.

It is the Council’s policy as set out in the Fingal Development Plan 2017- 2023 to protect, conserve and enhance the County’s natural heritage including its biodiversity, landscapes and geological heritage. In the context of this LAP, it is important to ensure, in the first instance, that land-take is minimised through careful integrated planning and that a strategic approach is taken to biodiversity and landscape management within the LAP area.

It is the Council’s policy that mitigation should take place within the LAP area, wherever possible, and where this is not possible, outside this area but within the local area plan vicinity. Mitigation will include, inter alia, the provision of compensatory habitat, and should be aimed at ensuring that there is no net loss of habitats and those populations of species of conservation concern are maintained.

It is also important that high quality landscape proposals are developed for the interface area between the Airport and surrounding lands.

In compliance with conditions relating to required compensatory habitat mitigation measures attached to An Bord Pleanála’s decision to grant permission for the north runway (currently under construction), daa have planted 8 hectares of woodland at Thornton as habitat compensation. daa have also provided funding to Fingal County Council for the development of an active recreational hub within the Ward River Valley Regional Park including the restoration of the 17th century historic gardens at Knocksedan within these Regional Park lands.

Require that any development proposal involving significant removal of trees, hedgerow or which otherwise might impact on existing ecology including wildlife habitat, shall be accompanied by proposals for compensatory habitat either within the LAP boundary or on alternative lands in the general vicinity of the Airport.

Mitigation should take place within the LAP area, wherever possible, and where this is not possible, outside this area but within the local area. Mitigation will include, inter alia, the provision of compensatory habitat, and should be aimed at ensuring there is no net loss of habitats and those populations of species of conservation concern are maintained.

All development proposals shall have regard to the Fingal Heritage Plan 2018-2023 and the Fingal Biodiversity Plan 2010-2015 and any subsequent plan(s) where appropriate.