The Dublin City Region is a major driver of growth for the Irish Economy and in recent years has become a node of global economic development. It plays a vital role in fostering economic growth and jobs.

The Dublin City Region is home to 1.35m people (a figure expected to rise to 1.55-1.60m by 2031) and 28.5% of the national population of 4.75m. This region is responsible for over 40 per cent of national Gross Domestic Product (GDP) and has the highest household income in the Country.

The Dublin City region generates a substantially higher Gross Value Added per head of population than any other part of the Country owing to the heavy concentration of high tech (IT/digital media, pharmaceuticals), advanced producer services (financial and professional) and nationally important public services (Government, utilities and tertiary education).

It is also home to the headquarters of several prominent Irish companies and many of the multi-national companies that have invested in Ireland. The Dublin City Region also remains the focus of the substantial national visitor economy.

The latest CSO statistics also point to the value of the goods and services produced in Dublin City Region having increased to c. €85 billion in 2016, a 50% rise compared to the c. €55 billion figure recorded in 2005; and

As Ireland’s only city of international scale, Dublin has recently been ranked as more influential than other major European cities such as Milan, Barcelona and Madrid by GaWC (the Global and World Cities Network).

The unemployment rate and Debt to GDP and Gross National Income (GNI) Ratios have tracked this improvement, as shown in Figures 6.3 and 6.4 below from ESRI’s Spring 2019 report. 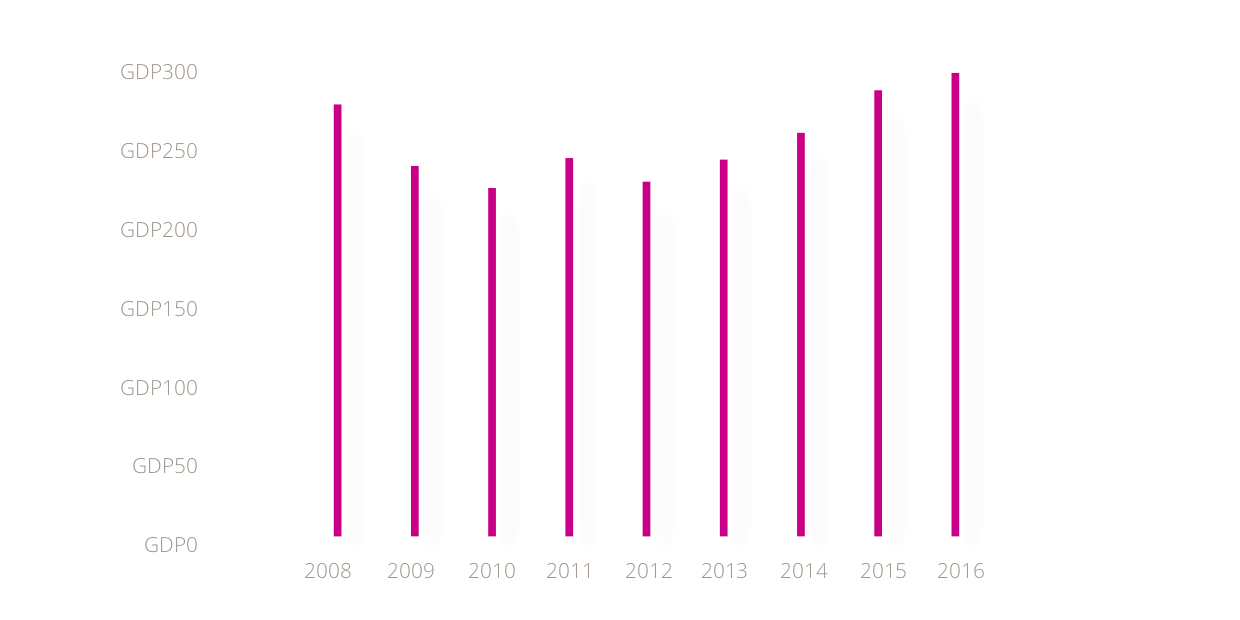 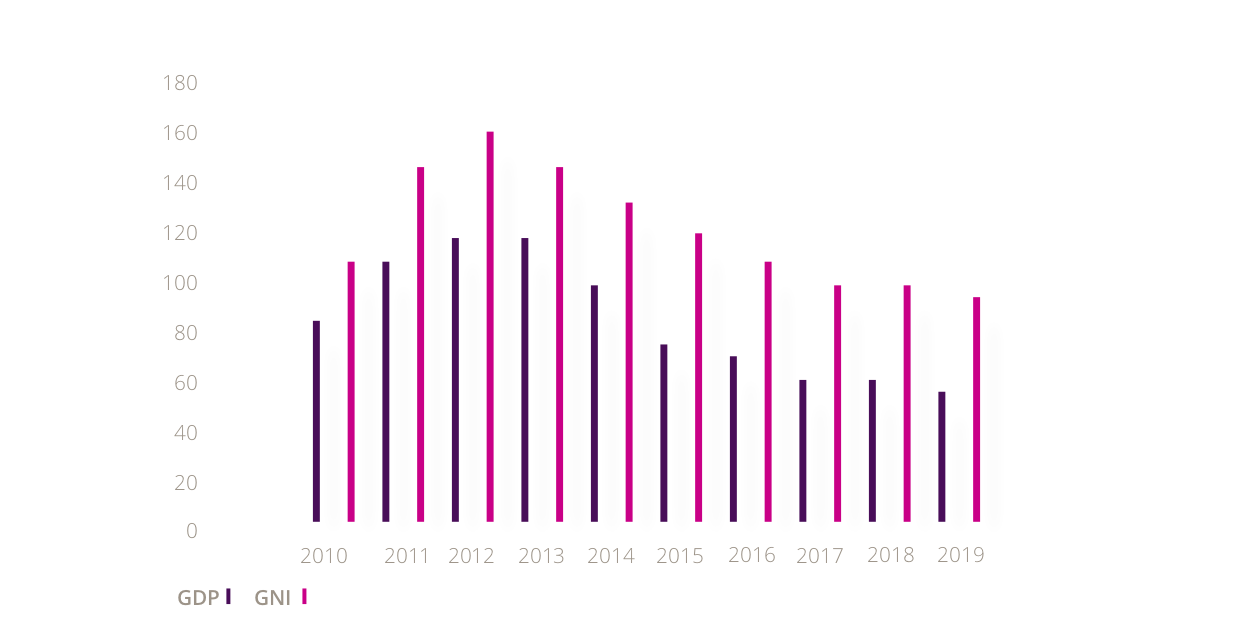 Nine out of ten largest Information and Communication Technology (ICT) companies in the world now have a presence in the Silicon Docks area of Dublin, an ICT cluster where leading web companies such as Google, Facebook, LinkedIn and PayPal have located their European headquarters. The Internet Neutral Exchange (INEX) 15 minutes west of Dublin at City West Campus provides high-speed IP traffic exchange facilities for Irish and International IP service and content providers while HP and Intel also have manufacturing plants in Leixlip, Co. Kildare.

As a result of this intense concentration of ICT activity, over 75% of all software companies (both Irish and foreign) based in Ireland are attracted to the Dublin City Region. The City Region accounts for over 50% of all FDI projects in Ireland. However, there have been other important spin-offs of this clustering of ICT activity. Specifically,

In the future, Dublin and Fingal’s economic growth is expected to be strongest in the life sciences, International Services (Financial and e-commerce), ICT and Software Development, and E-Learning and Digital Media. Many of these sectors rely on high levels of connectivity and access to airports, as do more traditional regional strengths such as the visitor economy.