The National Aviation Policy recognises the aviation sector as a major contributor to the national economy generating €4.1bn directly to GDP comprising €1.9bn from aviation, €1.3bn through the supply chain and €0.9bn from associated spending by people employed in aviation. The sector supports 26,000 jobs directly and a further 16,000 in the supply chain.

For many of the local and international companies highlighted in this chapter, global reach and consequently dependence on air transport to access markets, manage suppliers and collaborate on R&D projects is an intrinsic part of business. Due to their high propensity to fly, access to an international hub airport of global standing is essential to their efficient operation. Consequently, Dublin Airport is essential to the ability of Ireland and Dublin to continue to attract the kind of inward investment and tourism that has been driving recent economic performance.

Dublin Airport is ranked number 11th in the European Union. Considered a tier two airport (ie those below 35mppa), it is ahead of peer airports such as Zurich, Copenhagen, Lisbon, Oslo, Manchester, Vienna, Brussels, Malpensa and Dusseldorf, all of which have larger catchment populations. It is also actively expanding its role as a secondary hub linking Europe and the Middle East and North America.

Dublin Airport plays a significant role in terms of employment generation, efficient functioning of the wider regional economy and the ability of Ireland as a whole to travel to and trade with the rest of the world. Economic benefits associated with airports through the access to air services they provide can be summarised under three principal headings:

The graphic in Figure 6.1 which is adapted from the 2015 Intervistas Report on the economic impact of European Airports derived from a survey of 7,000 firms, shows how these different elements come together and implies that in many cases catalytic impacts may well be amongst the most important benefit of air services, even though it is also the most difficult to measure, not least because some of its impacts are cumulative and slow building. The evidence highlighted earlier in this chapter certainly points to this being the case for Dublin Airport. 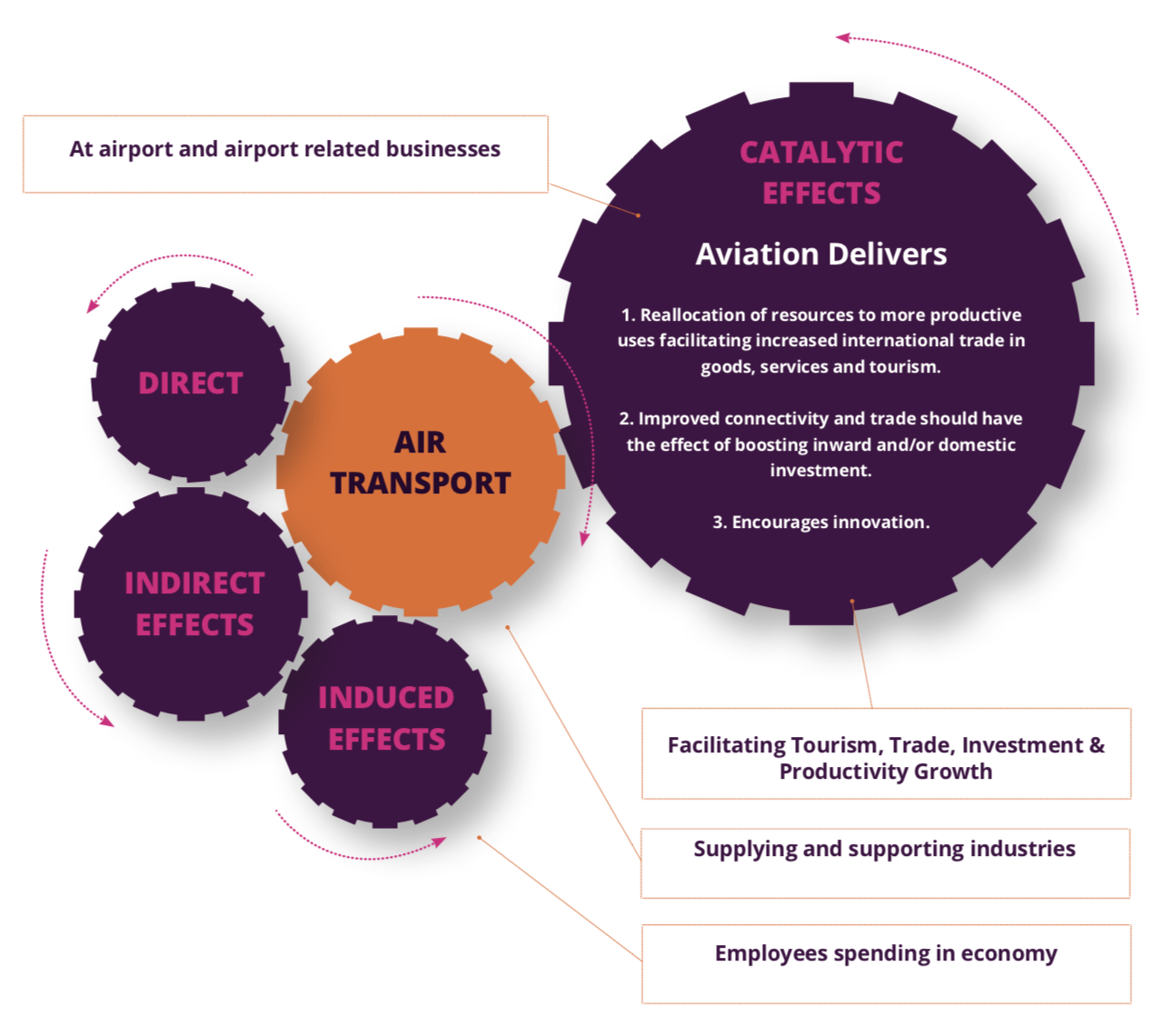 Source: Based on Economic Impact of European Airports InterVistas Report 2015