Dublin Airport has grown significantly in size and importance since the adoption of the last Local Area Plan (LAP) in 2006. Passenger throughput of just over 20 million passengers per annum (mppa) in 2006 had increased to 31.5 mppa1 by 2018. This ranked Dublin as the 11th largest airport in the European Union in terms of passenger volumes. Dublin Airport has grown an extensive route network of short haul and long haul destinations in recent years. Dublin Airport now handles 80% of all international flights to Ireland. In addition, the Airport has begun to create a hub role2 within the European airport system servicing the transatlantic aviation market. This has been facilitated by the combined benefits of the Airports western European location and its unique ability to offer customs and immigration pre-clearance for passengers travelling to the US.3

The Airport is of vital importance to the Irish economy and acts as the principal international gateway for trade, inward investment and tourism. In addition, the Airport facilitates Ireland’s integration with Europe and aids in attracting foreign direct investment. In the future, the Airport will facilitate Dublin in becoming an economic bridge between North America and Europe. Government Strategy set out in the National Planning Framework and the National Aviation Policy recognises the importance of growth at the Airport to future national prosperity. The Dublin Airport Economic Impact Study (daa, April 2017) set out that Dublin Airport remains a major employment cluster and a nationally important strategic business location. The Airport is also the most important economic entity in Fingal and the wider Dublin City region.

Annual passenger volumes are projected to reach 40 million by 2030 and 55 million by 20504. A number of capacity bottlenecks to growth already exist or are expected in the short term. Maintaining the Airport’s strategic role as a transport hub and economic driver requires a number of short-medium term expansion projects5 to be facilitated while also safeguarding for the Airport’s long-term development6. In addition, the growth of the Airport cannot be considered without appropriately protecting existing amenity and ensuring that future growth is developed in a sustainable manner for the benefit of all stakeholders and neighbouring communities.

Sustainable growth of Dublin Airport requires balancing a number of key issues. These include:

A careful balance is required between national economic and environmental objectives and the interests of stakeholders and airport related communities. There is also need to consider the likely impacts of climate change on airport infrastructure and aviation services. Appropriately considering and planning for these issues requires a new Local Area Plan.

Since the adoption of the previous Dublin Airport Local Area Plan in 2006, environmental and aviation policy has substantially changed.

There is now a far greater emphasis on managing environmental effects, climate change mitigation and adaptation, environmental protection and sustainability. This emphasis stems from a range of United Nations (UN) and European Union (EU) directives and initiatives and associated changes in Irish planning and environmental legislation.

As set out in Chapter 2 of this LAP, there is now a robust policy framework in place at national, regional and local level8 supporting the continued growth of Dublin Airport including for the first time its development as a secondary European hub airport.

In addition to changes in the regulatory framework, the aviation industry has seen major operational changes since the previous LAP was adopted which will affect the Airport’s future development. These are as a consequence of competition for long haul flights between a greatly expanded field of network carriers. Improvements in technology in the form of smaller more fuel efficient wide- body and longer range narrow-body aircraft has opened up new routes from Dublin to North America and the Gulf. As a result, the composition and mix of airport traffic can be expected to broaden. This is expected to drive an increase in enhanced airport facilities in both public and passenger areas.

At Dublin Airport important physical and operational changes are also underway. The new north runway9 will alleviate current shortage of take-off and landing times during peak periods. Dublin Airport’s ‘pre-clearance’ of US immigration services within Terminal 2 has increased the number of air services operating across the Atlantic and the volume of passengers using the Airport as a hub for onward trips. Dublin Airport is now the sixth largest in Europe for traffic to North America with a continued expansion of North American routes expected. Internationally, with other hub airports running short of capacity, Dublin Airport has potential to become a significant secondary hub for North America ahead of competitor airports at Copenhagen, Milan, Brussels, Munich, Madrid and Rome.

Data from 2018 indicated that Dublin Airport reached 31.5 million passengers, with passenger growth rates forecasted to rise over the long term to 205010. The consistent growth in passengers that Dublin Airport has witnessed over the last decade in combination with forecasted passenger growth brings its own challenges. These include capacity considerations associated with runway and aircraft parking stands, and a cap of 32 million passengers per annum which was a requirement of planning permission for Terminal 211. Identified issues which require remedy as part of the LAP include aircraft parking stands, terminal processing capacity and the need to enhance surface access links to provide greater capacity and to meet projected demand. These matters are most effectively dealt with as policy within the LAP.

Capacity constraints at airports can limit the rate of growth of air travel, preventing countries from realising the full extent of potential economic benefits. In this context, addressing capacity constraints at Dublin Airport is required to enable continued growth in line with supporting government policy for the benefit of Ireland’s economic prosperity.

The growth of Dublin Airport must be planned to take account of potential impacts on the airports neighbouring communities and on the environment. The LAP specifically considers the environmental effects associated with airport growth at global level (the need to reduce emissions, tackle climate change and build resilience to the impacts of climate change) and at local level (noise, air quality, water quality, waste, traffic, natural and built heritage and community). The LAP includes measures intended to mitigate and manage environmental effects.

The LAP recognises that uncongested surface access and increased use of public transport greatly reduces the environmental impacts of airports and are also essential to their sustainable growth. In this regard, the South Fingal Transport Study 2019 was carried out by Fingal County Council to inform the LAP process in accordance with the requirements of the Fingal Development Plan 2017-2023. This study seeks to aid the proper planning and sustainable development of the South Fingal area including Dublin Airport lands through providing a coherent sustainable transport and smarter travel approach. The study identifies the key transport infrastructural requirements needed to facilitate the planned growth of the Airport to 202712. The Dublin Airport LAP is underpinned and informed by the findings and recommendations of the study. 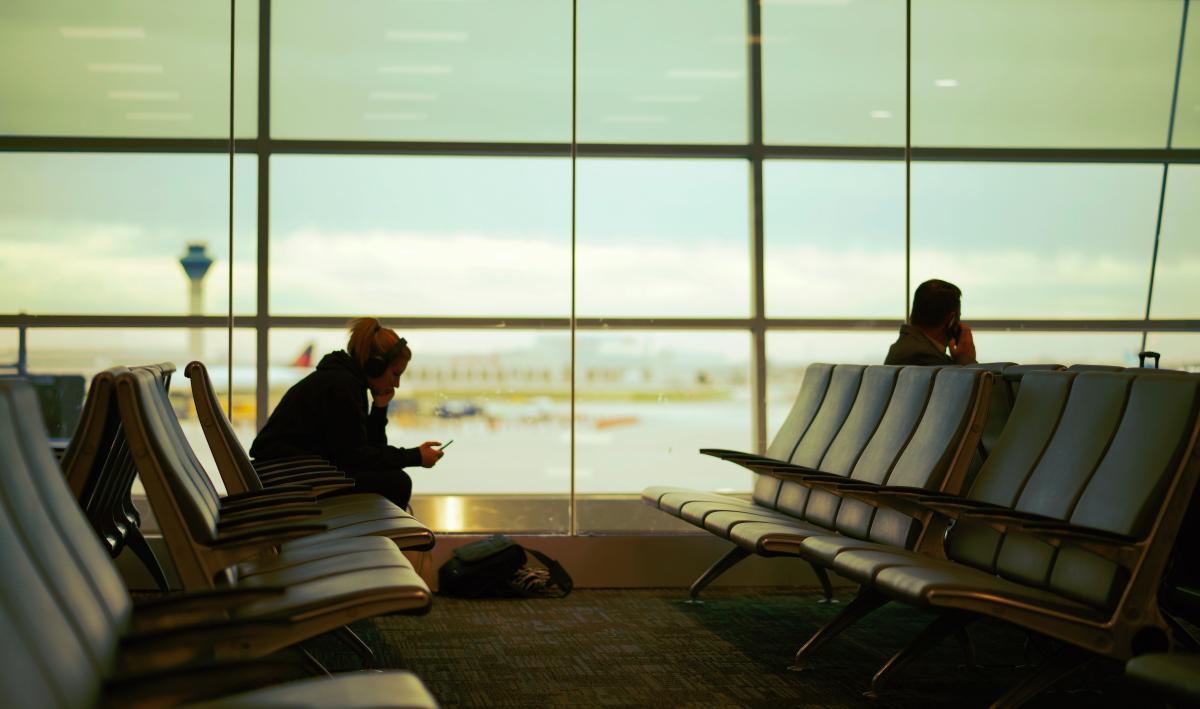 Prior to the preparation of the Draft LAP, Fingal County Council undertook a number of forms of public consultation.

Active involvement by affected local communities and a wide range of other stakeholders is an essential part of the process of establishing and maintaining sustainable airport growth. The LAP recognises the integral role neighbouring communities have to play in facilitating Dublin Airport’s success and in determining how best to balance the needs of these neighbouring communities against future airport growth. A transparent and inclusive approach is vital to ensuring that concerns about future development of the Airport can be addressed at the earliest opportunity between communities and relevant airport stakeholders. These relationships are particularly important as Dublin Airport continues to grow.

The preparation of this LAP involved direct community engagement with representatives from St. Margaret’s which lies immediately to the west of the Airport lands. The aim of this engagement was to prepare a strategy for the ‘Special Policy Area’ of St. Margaret’s in accordance with the requirements of Objective DA28 of the Fingal Development Plan 2017-2023. The strategy is set out in Appendix 1 of this LAP and has been prepared as a collaboration between Fingal County Council, the local community and relevant airport stakeholders to provide a policy framework for St. Margaret’s in the context of future airport growth. The strategy identifies potential environmental and socio-cultural enhancements that would be of benefit to St. Margaret’s and the wider community subject to final detail being agreed in the form of a Local Enhancement Action Plan.

Public consultation was carried out to gather a wide range of views on the issues to be addressed in the Dublin Airport LAP. Firstly, a Strategic Issues Paper was developed to present an overview of issues, inform the public and encourage debate on broad issues to be considered in the Plan review.

The purpose of the Issues Paper was to:

The Issues Paper was placed on public display, public information sessions were held and submissions were invited from the public.

Submissions were received in response to the Strategic Issues Paper during this public consultation period related to key themes around issues such as: Airport and Infrastructure Capacity; Surface Access; Economic Impacts; Noise; Policy; Community; Environment and Public Safety.

Parallel to the publication of the Strategic Issues Paper, an innovative new portal was launched, https://yourairportviews.fingal.ie, to allow people to share views, aspirations and visions on how they would like to see the Dublin Airport LAP area develop into the future. The portal was developed to enhance traditional public consultation techniques through an open process with the aim of representing a full range of public opinion focused on inclusion and diversity of views.

The views shared in the issues paper submissions were combined with those received on yourairportviews.fingal.ie to ensure all relevant comments on the future of Dublin Airport were considered. Following this, stakeholders were invited to engage in a new type of follow up survey regarding the views submitted. The survey used a ranking system to establish an individual’s priorities on the issues raised.

1.4 PURPOSE OF THE LOCAL AREA PLAN

The Planning and Development Act, 2000 (as amended), sets out that a LAP may be prepared in respect of any area which the Planning Authority considers suitable and, in particular for areas likely to be subject to large scale development within the lifetime of the plan.

This LAP presents an opportunity to provide an updated strategy for the continued growth of Dublin Airport in line with relevant aviation, planning and environmental policy within the context of a sustainable growth framework. The planning policy supporting the continued growth of Dublin Airport is outlined in Chapter 2 of this LAP and sets the context against which this LAP is framed.

The LAP will be in effect for a period of six years following its adoption, unless otherwise extended, as provided for under Section 19 of the Planning and Development Act 2019.

Specifically, this LAP provides a detailed planning framework to:

The LAP is accompanied by a number of environmental assessments which are designed to ensure that environmental considerations are integral to the LAP, as follows:

A Strategic Environmental Assessment (SEA) as required under the Planning and Development [Strategic Environmental Assessment] Regulations 2011 (as amended), was carried out as part of the preparation of this LAP. SEA is an iterative process and has informed and guided the preparation of the objectives, policies and development alternatives for the Dublin Airport Local Area Plan with the aim of achieving sustainable development. The resulting Environmental Report (SEA) has been published as a separate document in conjunction with this LAP. [Appendix 4] 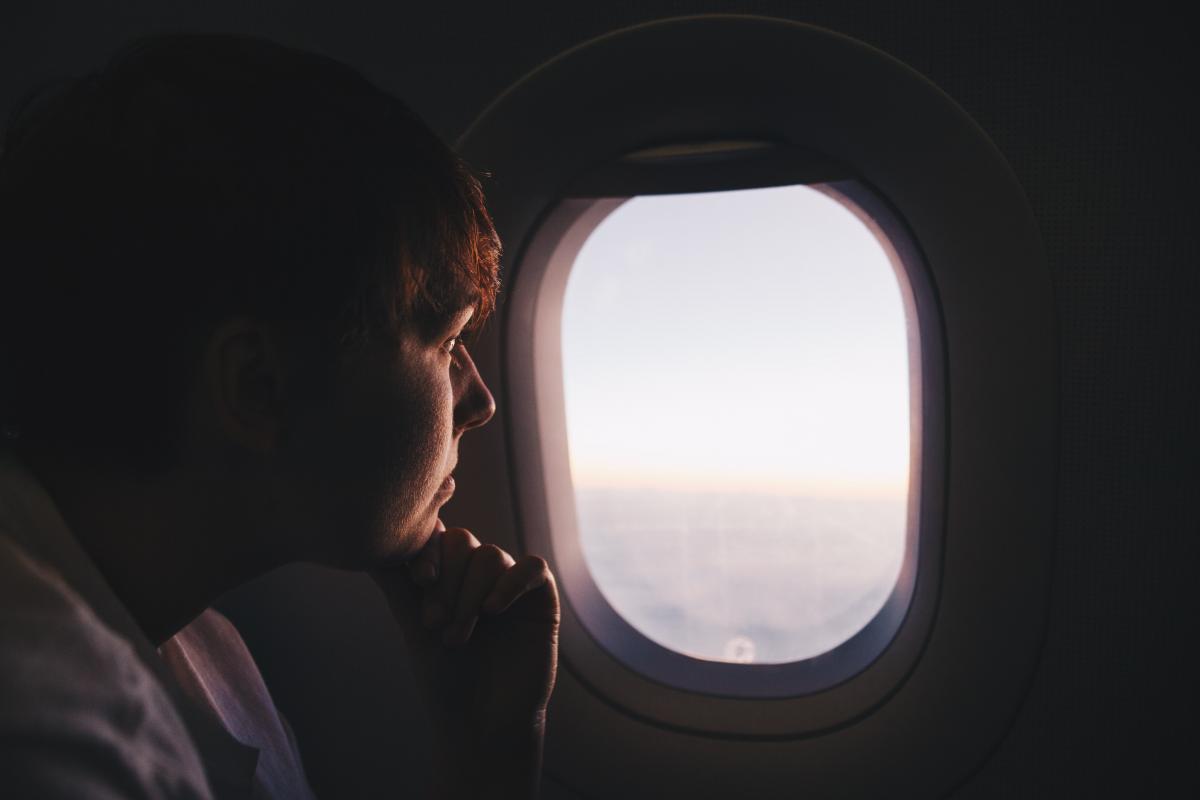 The following chapters set out the key policies and objectives that are required to support the continued sustainable development of Dublin Airport.

TRANSITION TO A LOW CARBON ECONOMY

THE ECONOMIC IMPACT OF DUBLIN AIRPORT

53 submissions have raised observations relating to this chapter