In 2016, Dublin Airport handled 85 percent of the Country’s total passenger traffic. Three differing types of passenger form the basis for the projected figures in the DTTAS Review. These are origin- destination passengers, transfer passengers and transit passengers.

An origin-destination passenger is one who starts or finishes their journey in Dublin.

The DTTAS Review sets out the Baseline, Upside and Downside forecasts for passengers for Dublin Airport to 2050. The projected passenger figures for 2030 are extrapolated from the DTTAS Review. These are set out in Figure 3.1. 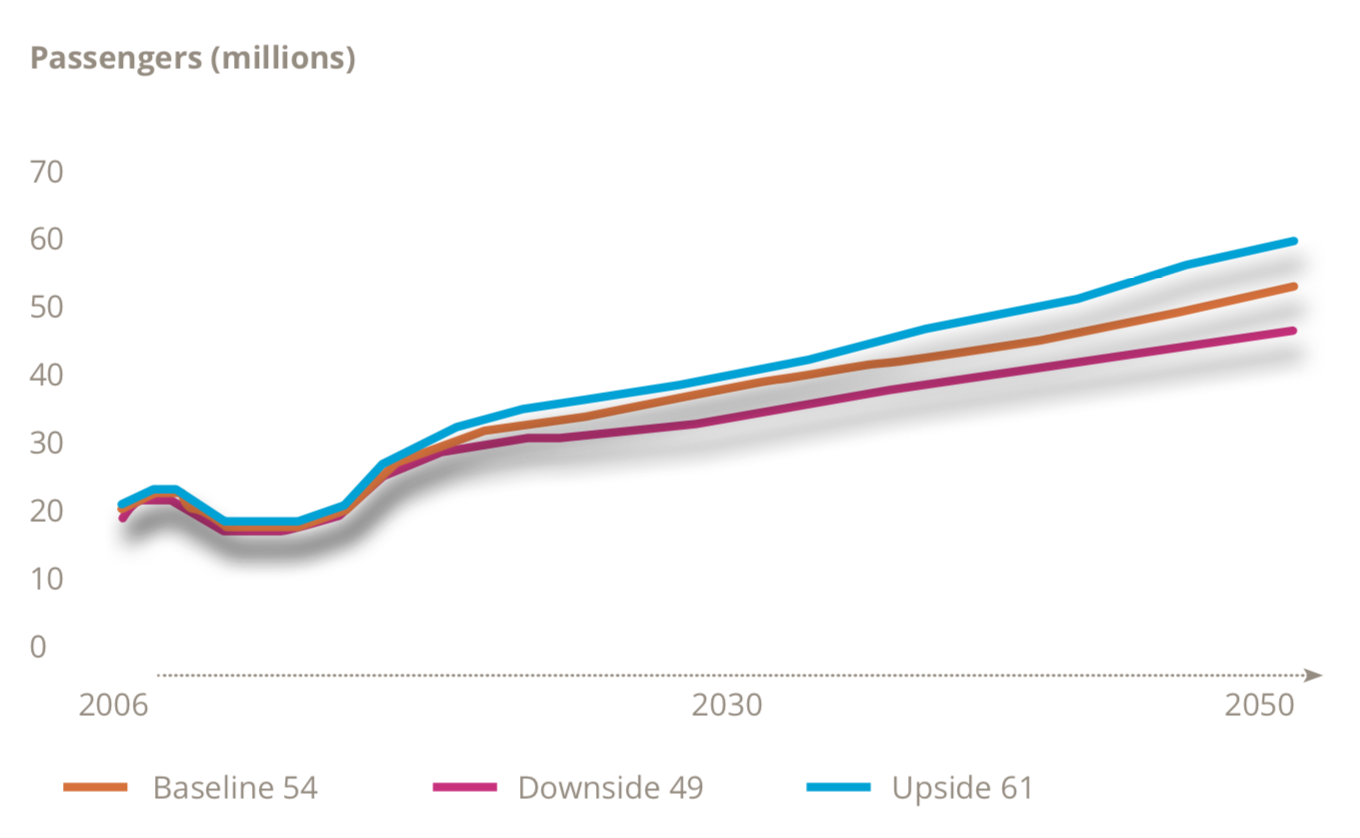 Figure 3.1 sets the Baseline passenger forecasts for Dublin at 40 million passengers per annum (mppa) by 2030 and 54 mppa by 2050. The downside scenario forecast in the DTTAS Review simulates two near term global risks scenarios: a “cliff-edge” Brexit leading to WTO trading arrangements between the UK and EU and a more protectionist attitude towards international trade and investment by the US. These factors are compounded by weaker demographic growth in Ireland and higher oil prices. Under this scenario Dublin’s passenger growth averages 1.7 percent per year, with passenger numbers reaching 36mppa by 2030 and 49mppa by 2050.

Under the upside scenario the DTTAS Review simulates the effects of a positive near-term boost to Ireland’s economy as part of the global upturn, together with three longer-term characteristics for on-going improvements in outlook, faster population growth, faster productivity growth, and greater trade openness. Under this scenario, Dublin is forecast to reach 42mppa by 2030 and 61mppa passengers by 2050.

In terms of ATMs, the DTTAS Review baseline forecast shows an increase from 216,000 in 2016 to 265,000 (approx.) in 2030 and 365,000 by 2050. The methodology used makes assumptions about the average number of passengers carried per ATM to derive these movement figures, which in turn is a function of aircraft size. 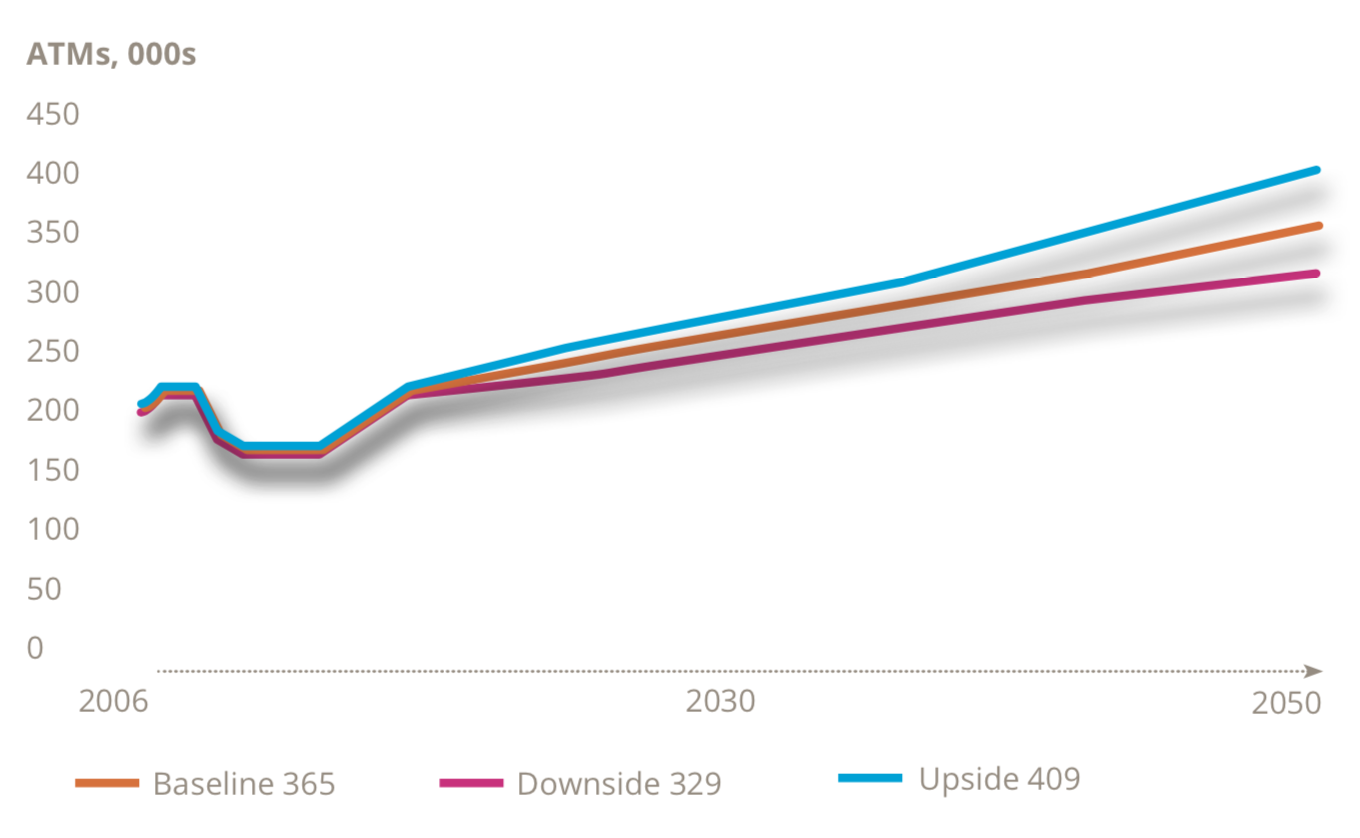 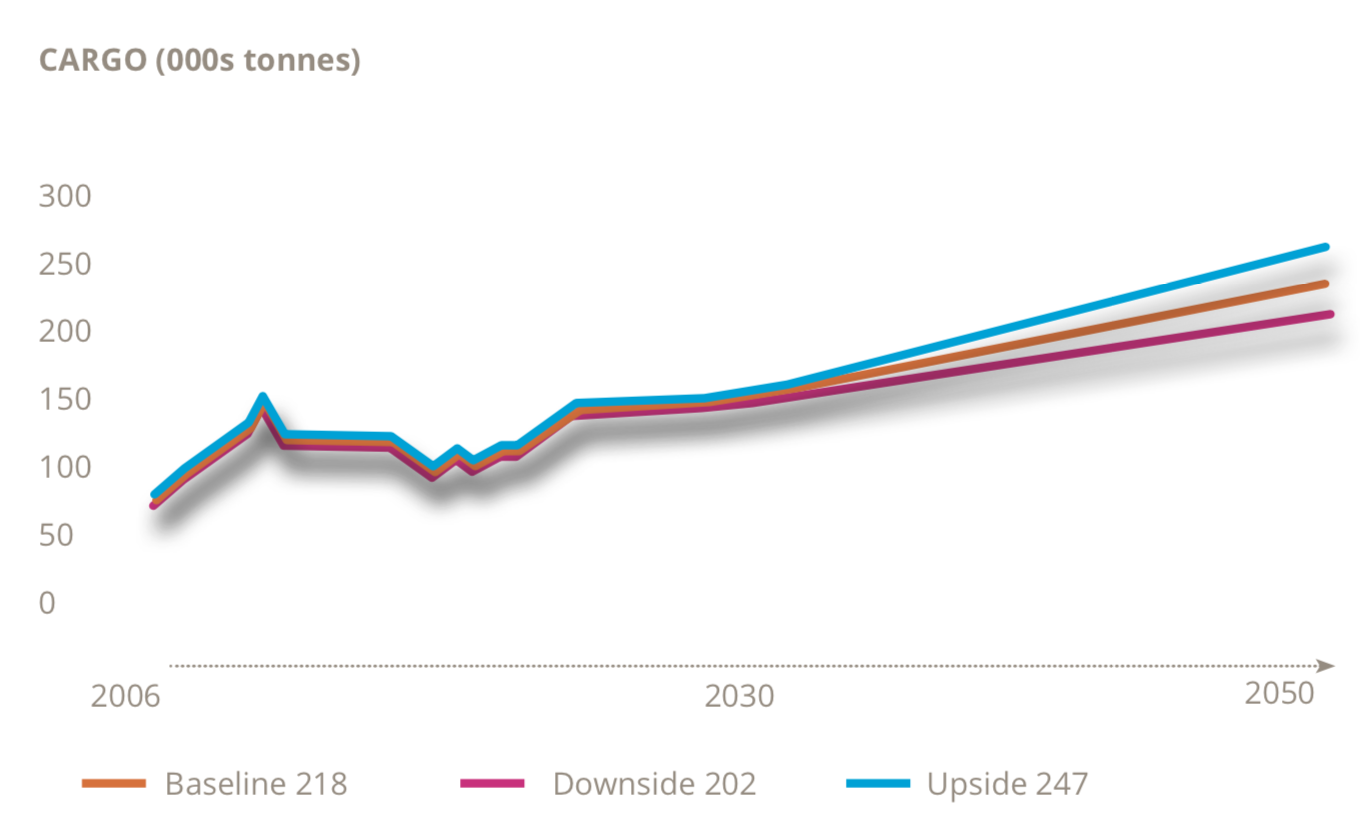 3.1.4 FORECASTS AND THE LOCAL AREA PLAN