The consistent and substantive growth in passenger demand that Dublin Airport has witnessed over the last decade, brings its own challenges. The airport is now getting close to 32 million passengers per annum as permitted in association with Terminal 2 which was granted planning permission in 2007. There are also capacity considerations associated with runway and stands during peak periods as revealed in the graphic below, which shows confirmed slot allocations against scheduled capacity in Summer 2018.

Whilst trends suggests there is likely to be scope for additional growth at Dublin in the shoulder and off-peak periods 1, 2 for many new routes, especially those requiring a business schedule, access to peak period slots will remain important in attracting new services. It is at these times that the airport is at its busiest and runway slots at their most scarce.

Accordingly, the new Northern Runway, also approved in 2007 and scheduled for completion in 2021, has the potential to provide extra capacity to accommodate this peak period demand in the medium to longer term. The National Development Plan, and the National Aviation Plan, both emphasise the importance of this major infrastructure project (illustrated below) for the future prosperity of Ireland, as well as Dublin City Region. The former sets out, under National Strategic Outcome 6, that:

“Significant investment in Ireland’s airports and ports will play a major role in safeguarding and enhancing Ireland’s international connectivity which is fundamental to Ireland’s international competitiveness, trading performance in both goods and services and enhancing its attractiveness to foreign direct investment. The importance of this objective cannot be understated in the context of the UK’s exit from the EU in 2019.” 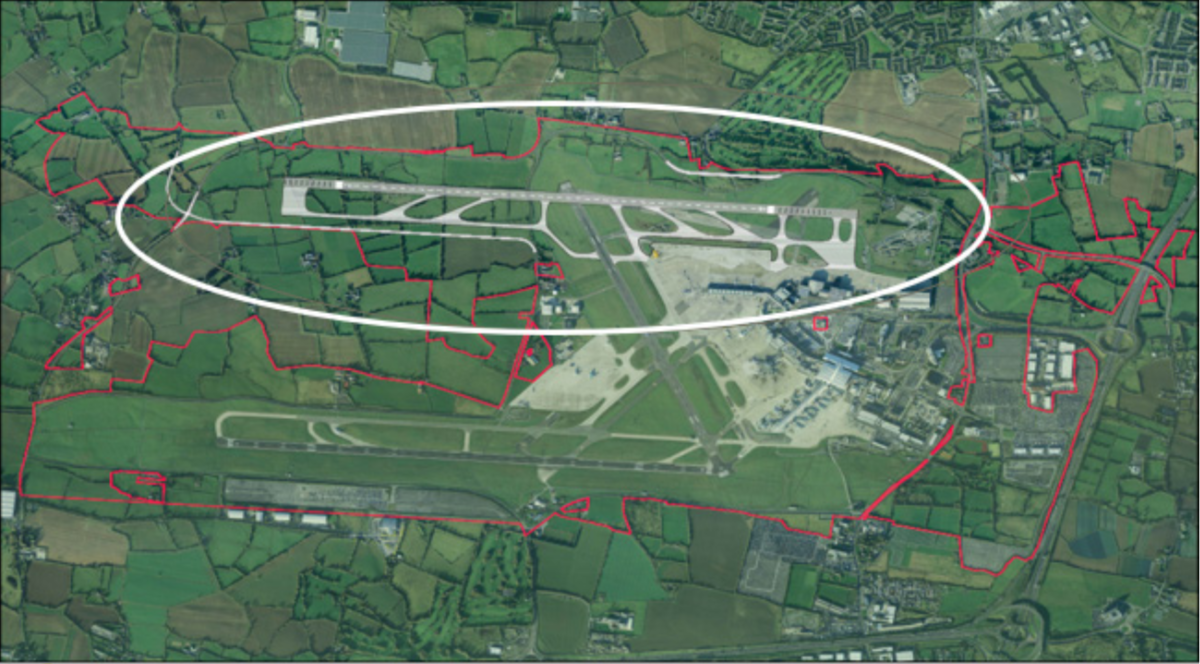 In this context, the Local Area Plan will play an important role in ensuring that aircraft-related development and operation procedures proposed and existing at the Airport consider all measures necessary to mitigate against the potential negative impact of noise from aircraft operations, on existing established residential communities, while not placing unreasonable restrictions on airport development taking into account EU Regulation 598/2014 having regard to the ‘ICAO Balanced Approach’ and the involvement of communities in ensuring a collaborative approach to mitigating against noise pollution.

Other future considerations for the operation of Dublin Airport, include aircraft stand and terminal processing capacity, and the need to enhance surface access links. A transportation study investigating current and prospective road and public transport conditions around the airport will support and inform the LAP. It will identify any upgrades that may be required and address short, medium and long term constraints. In doing so it will have regard to extant safeguarding requirements; the retention of other aeronautical activities (e.g. air cargo, business aviation and MRO), future commercial capacity, public transport improvements and wider land use planning parameters.

Having regard to the above issues, we invite you to consider the following questions: