Green Infrastructure (GI) can be understood as a planned network of interconnected natural areas such as parks, rivers and open spaces that help to conserve natural ecosystem functions. Green infrastructure planning results in environmental, economic and social benefits by providing nature-based solutions to development objectives. This approach results in resilient urban landscapes adapted for and reducing the negative effects of climate change. Fingal’s Climate Change Action Plan 2019-2024 stresses the vital role of Green infrastructure climate change mitigation and adaptation, by reducing CO2 in the air and absorbing water, and cooling the urban environment. Water Sensitive Design contributes to Green Infrastructure and works at varying scales including County Development Plan, Local Area Plans, Large Scale residential and commercial developments. Trees contribute significantly to Urban Green Infrastructure and their protection and incorporation into new developments results in a wide range of environmental and health & wellbeing benefits.  Including street trees in sustainable urban drainage (SuDS) infrastructure and the repurposing of hedgerows in line with sustainable and active travel objectives are practical examples of resilient design and the use of trees as GI.    Through development management over several decades, Fingal County Council has established 2,000 hectares of public open space that are increasingly managed in a sustainable manner to ensure that future generations can enjoy the benefits of these amenities for recreation, health and wellbeing.

Fingal has a rich biodiversity resource with its coast, countryside, and urban centres. The value of biodiversity extends from the health benefits to be gained from contact with nature, to the economic gains for local businesses associated with food production and outdoor pursuits. Fingal’s approach to biodiversity, the Ecological Network, is made up of core nature conservation areas, buffer zones and nature development areas. Fingal contains a wealth of natural heritage, but the patterns of loss of this heritage mirrors the global pattern as our local habitats are lost and species numbers have declined. The challenge is to develop the county in a way which maintains and enhances biodiversity for future generations.

Achievements since the Previous Development Plan:

Fingal County Council has developed the Ecological Network through forward planning initiatives and development management and is also involved in practical conservation projects together with local landowners and on Council owned lands. In Portrane, the Council is leasing a private site to preserve dune grassland and various rare plant species by means of a grazing regime with Highland cows. Similarly, the Council is working with landowners on Howth to restore the heathland by means of grazing, invasive species control, wildfire management and wetland restoration. In response to objectives for new parks, open spaces and recreational facilities the Council is preparing development plans for Bremore Regional Park in Balbriggan, Ward River and  the Broadmeadow River Valley Parks in Swords, and Rogerstown Park located on the former Balleally Landfill near Rush.  All these new Regional Parks incorporate resilient design and include significant areas dedicated to nature conservation.  Community Garden Initiatives provide existing and new local groups with opportunities to manage outdoor spaces close to their homes and the Council also provides in excess of 800 public allotment places (the highest per capita in the country).

Protecting and building the ecological network

The Fingal Ecological Network covers approximately 13,000ha, with much of the network located on lands in private ownership. The delivery of the network depends to a large extent on the goodwill and interest of local landowners. Given the urgency surrounding Biodiversity loss in Fingal and Ireland, a more proactive approach will be required to liaise with these landowners. There is a need to facilitate multi-functional projects to deliver for nature conservation, climate change adaption, flood management, water quality improvement and greenways.

The use of lands outside the estuaries by qualifying interest birds species for estuarine Special Protection Areas is becoming an increasing challenge in Fingal. As more land is developed in the vicinity of the estuaries, less land and food is available for those migratory birds that roost and feed outside the estuaries such as Brent Geese, Blacktailed Godwit, Oystercatcher, Golden Plover and Redshank. The presence of migratory birds can sometimes conflict with development proposals.

Disturbance to wildlife and greenways

As the population of our coastal towns is growing, increasing numbers of people are using the coast for recreational purposes. The beaches in Fingal are stunning natural amenities for example, that are visited by many thousands of people every year. Similarly, the coastal pathway in Howth attracts around half of million people a year. The opportunities for healthier living and developing a much wider tourism offer in Fingal need to be balanced with wildlife disturbance and damage issues caused by recreation to ensure that the designated sites and their associated species are not significantly impacted upon.

Fingal is one of the quickest growing counties in Ireland and farmland habitats are converted to housing estates, industrial estates and business parks every year. The most valuable wildlife assets in the Fingal countryside are hedgerows, large mature trees and rivers and streams. To maximise the biodiversity, gain in new development sites, the open space and landscaped will need be continuous and wide enough to provide a wide range habitats such as hedgerows, scrub, meadows, river corridors, SUDS ponds and wetlands. These corridors as well as local gardens can provide people of all ages a place to explore and develop a lifelong interest in wildlife and conservation.

Best practice in coastal zone management suggests non-interference with the coast and coastal processes if at all possible. This is mainly due to the often complex and unforeseen consequences on other parts of the coast that can be caused by protective measures and the costs associated with the installation and future maintenance of coastal protection structures. 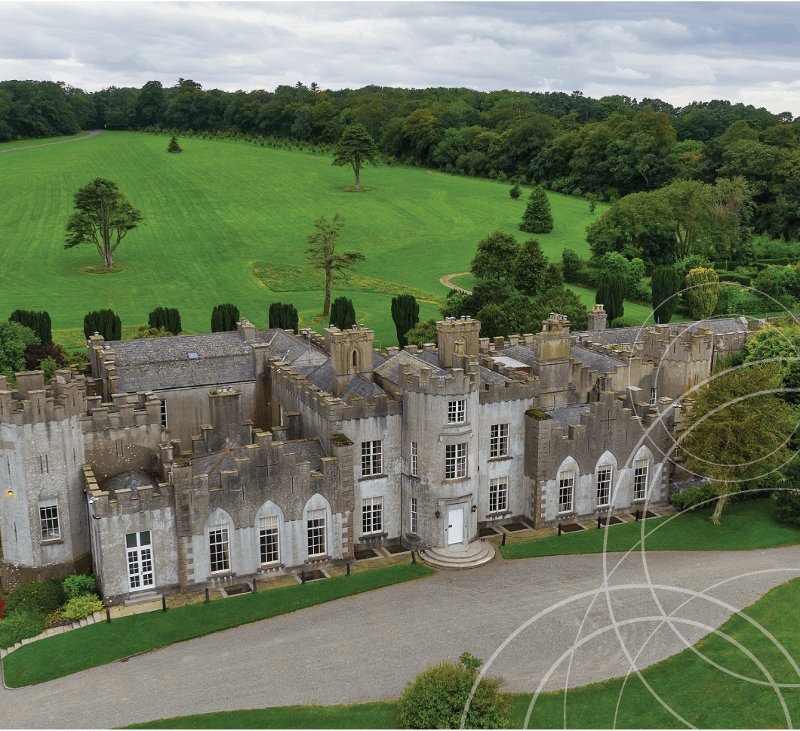 68 submissions have raised observations relating to this chapter