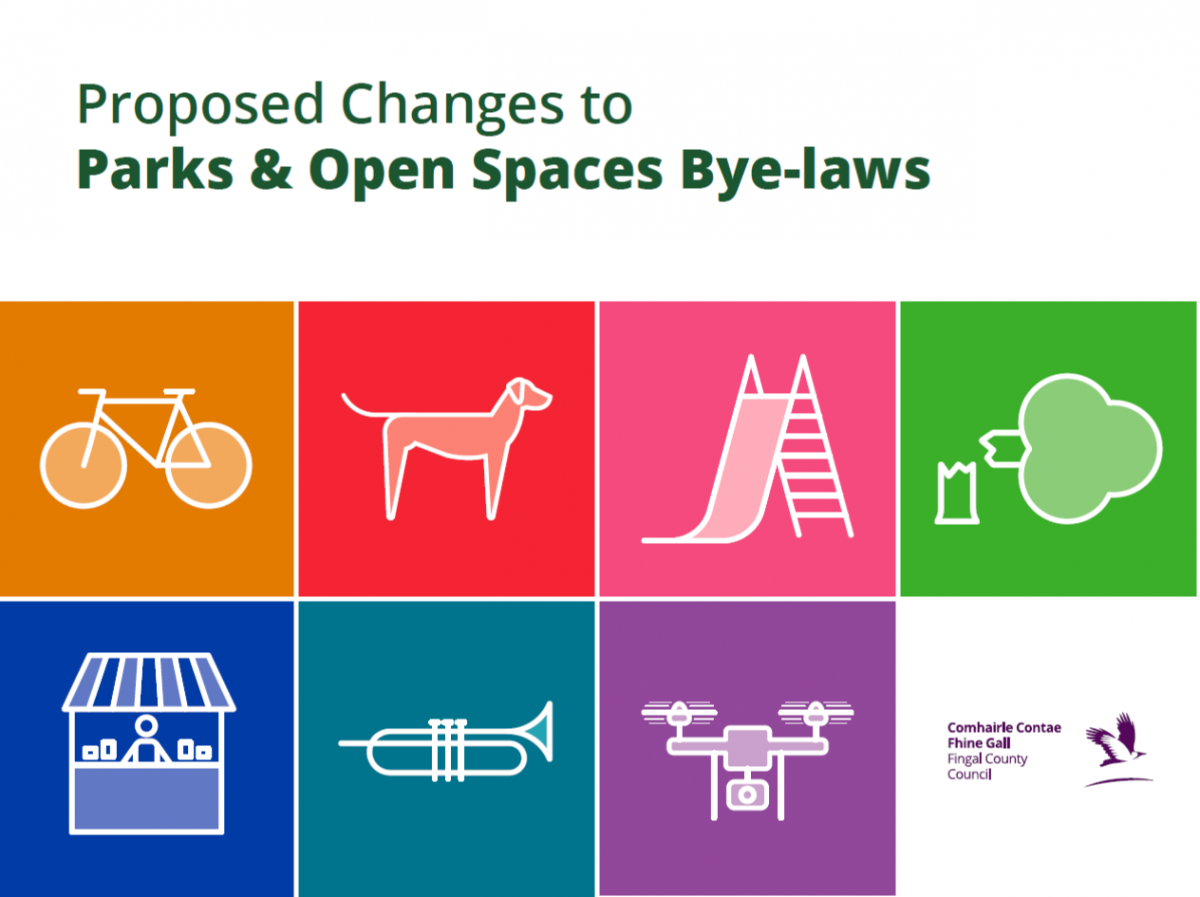 Pursuant to Part VII of the Local Government Act 1994; Notice is hereby given of a proposal by Fingal County Council to amend its Parks & Open Spaces Bye-laws.

The current Parks & Open Spaces Bye-laws date from 2002 and following extensive public consultation in relation to an Open Space Strategy for Fingal, it is now proposed to amend these bye-laws.  This is to take account of issues raised during the Fingal Open Space Strategy public consultation process and to make these Bye-laws more relevant to the current requirements of the public in relation to parks & open spaces.

Copies of the existing Parks & Open Spaces Bye-laws along with the proposed amendments are available for inspection or purchase at a fee not exceeding the reasonable cost of making a copy thereof from Thursday 16th March 2017 to Thursday 18th May 2017 at:

A copy of the proposed changes to the Parks & Open Spaces Bye-laws is also available on the Council’s website https://consult.fingal.ie/en/browse

Observations or submissions regarding the proposed Bye-law changes are invited from members of the public and other interested parties.

All submissions or observations received during the time period will be taken into consideration before the preparation of revised Parks & Open Spaces Bye-laws for adoption later in the year.  Please note that all submissions will be published to the County Council’s website and personal information such as telephone numbers or e-mail addresses are not required as part of your submission.

Submissions may be made either online or in  writing (one medium only please).

Written submissions or observations should be submitted to: 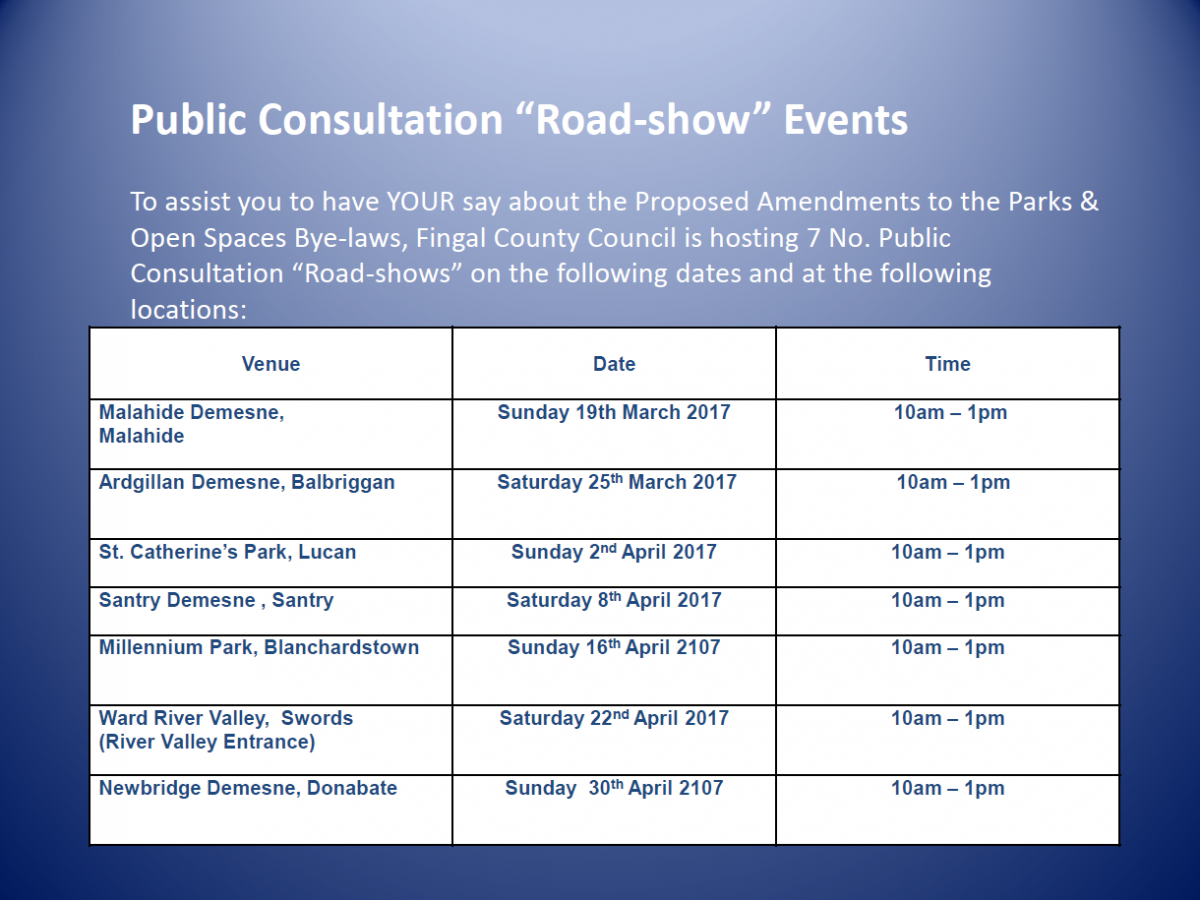 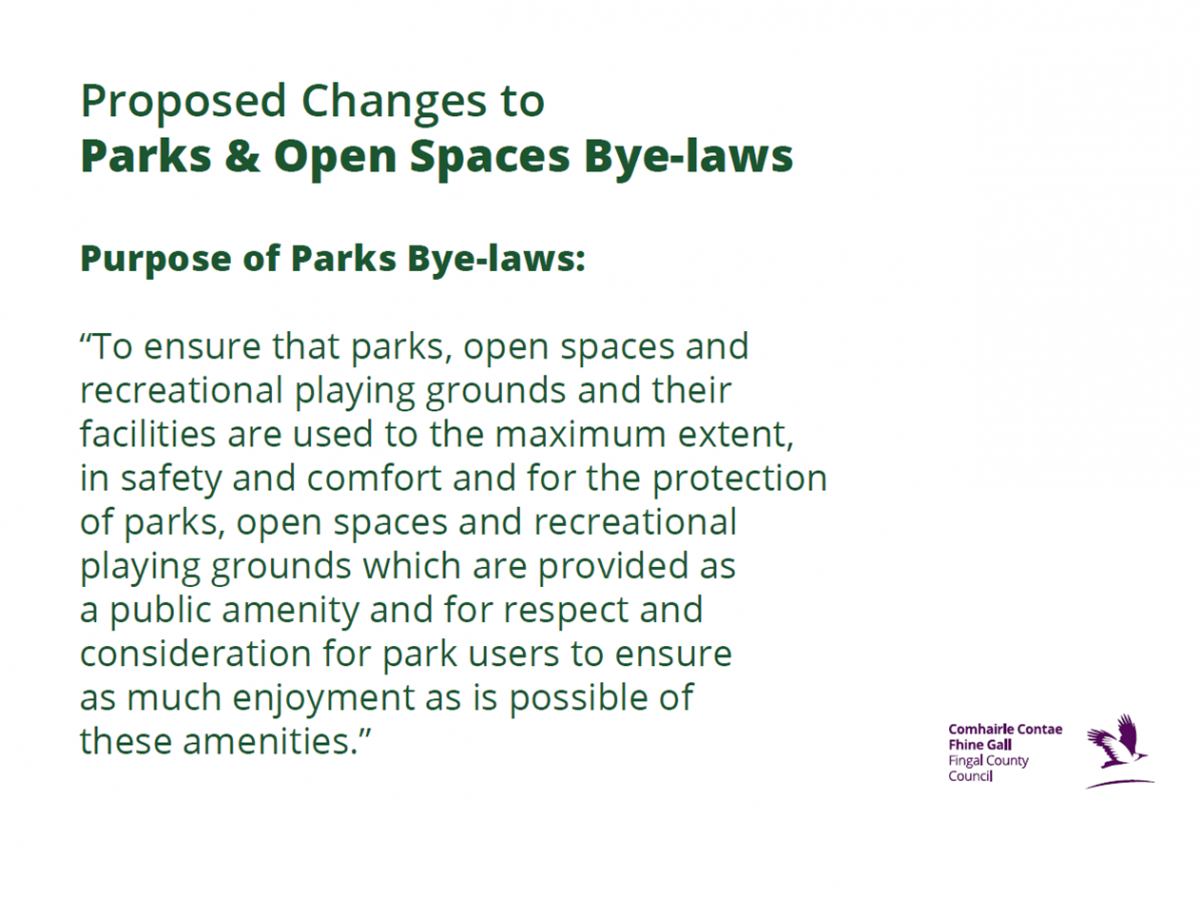 How to make your submission:

The proposed changes to the existing Parks and Open Spaces Bye Laws are detailed in Sections 1-8.

The wording of the existing bye law and proposed amendment are provided in each Section with the exception of Section 5 which refers to a  new / additional bye law relating to smoking in Children’s Playgrounds.

Please state whether you AGREE or DISAGREE with the proposed amendment in each case.  You may also include additional comments if you so wish.

A copy of the existing Parks and Open Spaces Bye Laws which were last updated in 2002 is provided in  Appendix A.

Finally, we have also included a general parks survey questionnaire which we would be very grateful if you would complete.  This completion of this survey is optional.

383 submissions have raised observations relating to this consultation.